Anushka Ranjan’s Bridal looks that made us swoon! 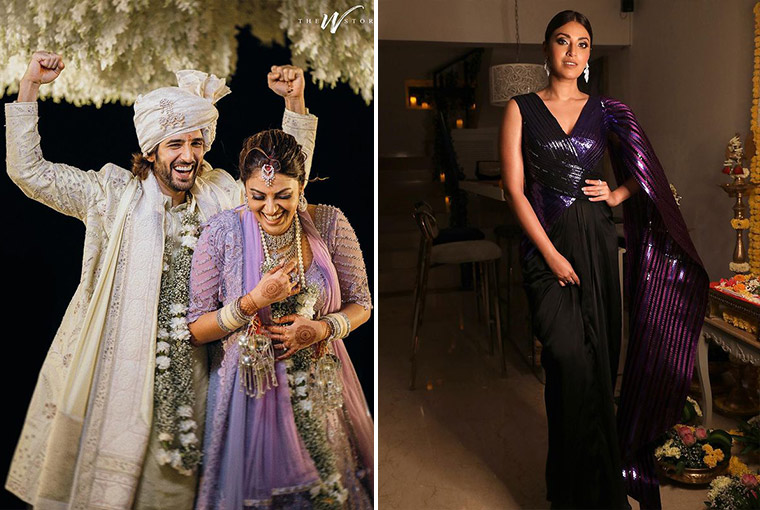 Anushka Ranjan and Aditya Seal recently tied the knot in a star-studded affair in Mumbai which again gave us so much inspo for the upcoming wedding season. Anushka Ranjan’s bridal look was the talk of the town as she nailed every event with a flawless outfit. Anushka has done modelling in the past for various A-list designers including Manish Malhotra, Vikram Phadnis, Neeta Lulla, Pria Kataria Puri, Babita Malkani, Amy Billimoria and many others whereas Aditya is known for his debut in Ek Chhoti si Love Story as a teenager and his lead role in ‘Tum Bin 2’. Anushka and Aditya have been dating for a long time and he popped the question to her in Paris in October 2019 and decided on forever. Their wedding was a 3 daylong event all the B-town celebrities celebrated it with them.

Here are Anushka Ranjan’s Bridal Looks and How She looked amazing in all of them:

Anushka starting with her Pre-Wedding Festivities in Amit Aggarwal 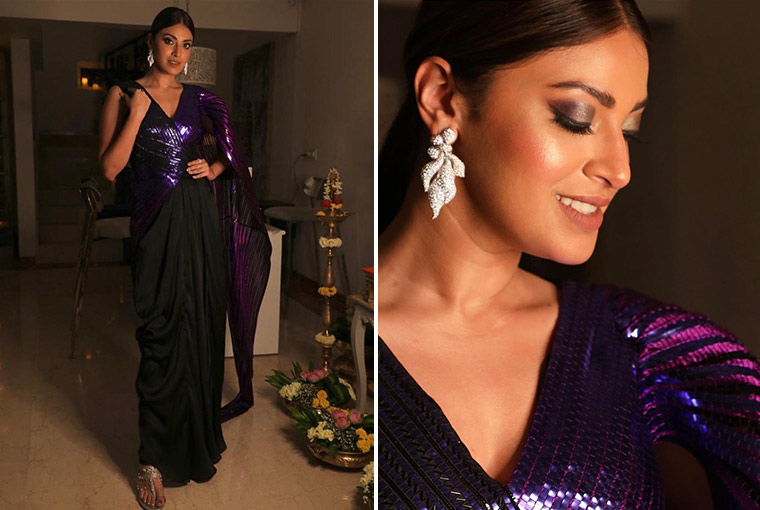 Anushka kicked off her wedding festivities with a purple outfit by Amit Aggarwal which made her look all classy and elegant. To complement her look she opted for a sleek hairstyle and nude makeup. What caught our eyes were the diamond earrings that literally stole and show and even added more oomph to her look.

The Extra Glamorous Look of the couple on their Sangeet

The second look that the couple slew was on their Sangeet Night. It was an ultra-glam night with couple’s extravagant outfits by Manish Malhotra. Anushka opted for a vibrant red sequin saree and the deep plunging neckline of the blouse made this outfit even more attractive. The couple looked vivacious as Aditya complemented his better half in a black sherwani set giving some major couple goals. 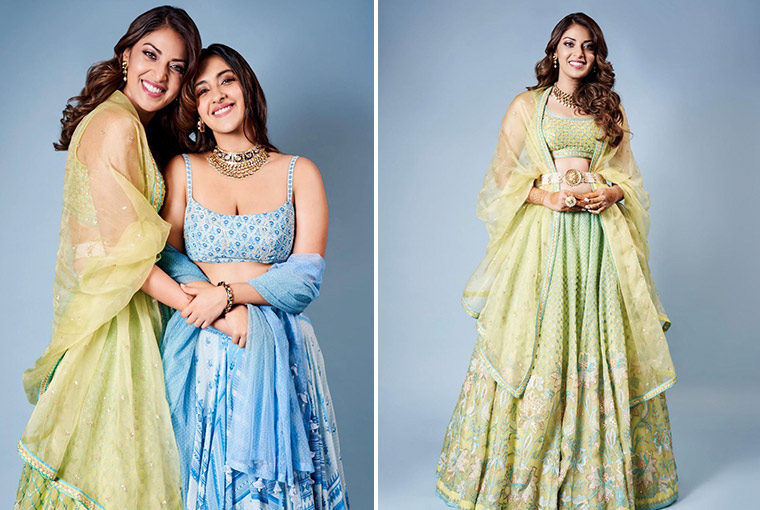 We totally loved what Anushka and her sister Akansha donned at the wedding ceremony. The bride chose a pista green lehenga by Anita Dongre whereas her sister went for a blue lehenga for the mehendi ceremony. Both of them looked ethereal and the bride’s minimal look made her a treat for everyone’s eyes. Akansha truly looked splendid as a bridesmaid and we are crushing over their look literally. 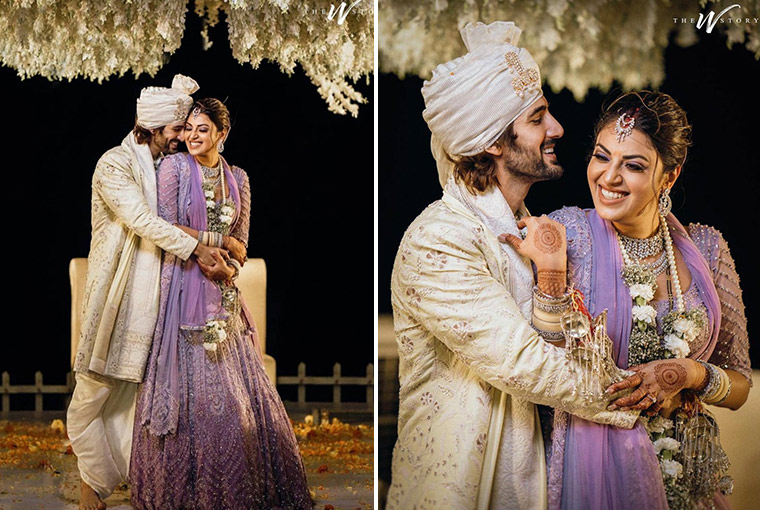 The best part about Anushka Ranjan’s bridal look is that she ditched all conventional bridal colours such as reds, oranges and pink, and instead opted for a lavender lehenga that made her look really beautiful! To complete her bridal look she chose diamond jewellery, silver kaleeras and the peach bridal chooda, which gave major inspiration to all the brides-to-be. On the other hand, Aditya chose ivory dhoti sherwani that made him look all dapper to complement his beautiful bride.

We just want to wish the lovely couple a happy and blissful married life! Above all, we are totally in love with Anushka’s offbeat bridal!