How do millennials take the celebration of Karwa Chauth? 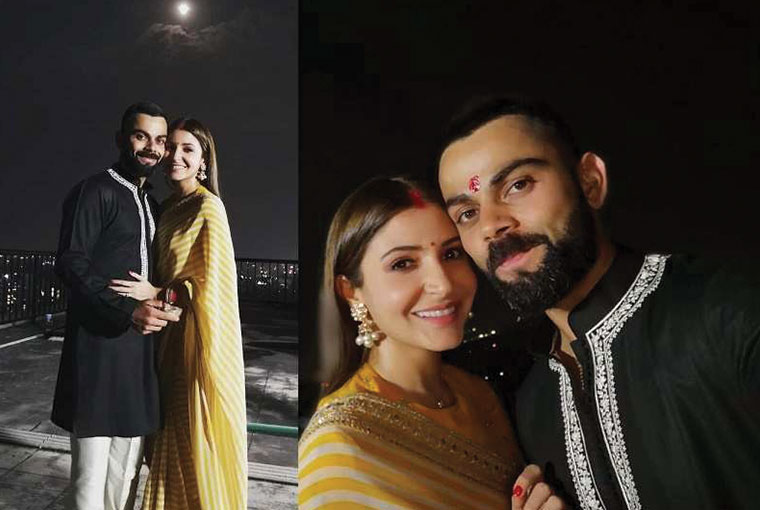 For Indian married couples, Karwa Chauth holds great importance. It is an annual tradition which is being followed with great reverence and observed stoically, since ages. The fast is observed by the ladies for the long lives of their husbands which is now being overcast with the third wave of feminism. The new generation who takes a stand for equality and also value the traditions are now shuffling things so that these practices are being followed in accordance with their beliefs as well.

It is indeed conflicting, as many ladies as choosing not to fast, whereas there are some couples who are opting for making it a shared celebration by fasting together for each other’s long lives. We also don’t deny the fact that this custom is so firmly rooted but here are some ways how modern Indian women are celebrating this tradition.

The celebration of Karwa Chauth originated from the times when girls used to be married off young and they had to stay with your in-laws at such a young age. So this Karwa Chauth was celebrated to socialize with the other women around while gathering and praying together. This used to help them develop connections with other ladies so that they can be each other at the need for support. Some people also believed that Karwa Chauth is also celebrated by the wives of the army men to pray for their safety at the battlegrounds.

Whatever the actual reason behind the celebration is, neither of them propagated the ideology of male worship. The first reason was all about laying the foundation of strong feminine friendship, whereas the latter only ritualized praying for the partner’s wellbeing and safety. But if those were the reason then how did it become a male chauvinistic tradition? The answer would be something near manipulating meanings to match the patriarchal agendas of the society, that too by society.

Things got a little more difficult when these old misinterpreted beliefs as well as customs infused in the system further resulting in changing the entire purpose of this tradition. The celebration of Karwa Chauth lost its real meaning and transformed into a festival for a husband’s well-being to his worship. It became a duty for the women to perform it for their partners. It also transformed as a burden for women to protect their husband from any harm or untimely death that became a superstition eventually.

Even the Veervati’s tale of breaking her fast leading to husband’s death and she again fasts for one more day as a second chance from goddess Parvati to bring her husband back to life. This was just an old legend as science has proved that death is irreversible and fasting cannot help in saving someone’s life. You have to take medical help for treatments. Though there are a  bunch of health benefits of intermittent fasting, so ladies sticking to this ritual will have something to gain.

However, this doesn’t legitimize imposing of traditions on who don’t believe in it as promotion of gender privilege. Even though if somehow women do manage to go with the traditions of fasting for the longevity of age because of Karwa Chauth,  but still it is against the equality between the sexes. As fasting for a whole day does increase your partner’s lifespan, then even the male partners but also do that for their wives. We know it’s a bit arguable, that now even men are observing the fast along with their wives, the fact remains that this isn’t what religion, society or even the entertainment industry expects from them. Screens usually show women fainting of hunger and men caring for them… which is a bit cliché… Isn’t it?

It would be good if we allow everyone freedom to make individual choices instead of making a judgment about the motive of celebration. It should not do anything with patriarchy or even feminism.